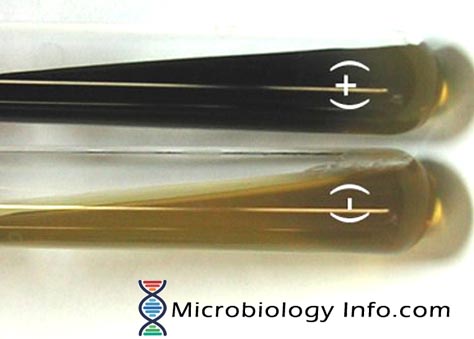 Gram-positive bacteria other than some streptococci and enterococci are inhibited by the bile salts in this medium. Organisms capable of growth in the presence of 4% bile and able to hydrolyze esculin to esculetin. Esculetin reacts with Fe3+ and forms a dark brown to black precipitate. Thus the tolerance to the presence of bile and the hydrolysis of esculin provide the means to presumptively identify organisms. If an organism can hydrolyze esculin, the media will turn dark brown or black.

Bile esculin agar is a selective and differential medium which is used to presumptively identify enterococci and group D streptococci based on the ability of an organism to hydrolyze esculin.