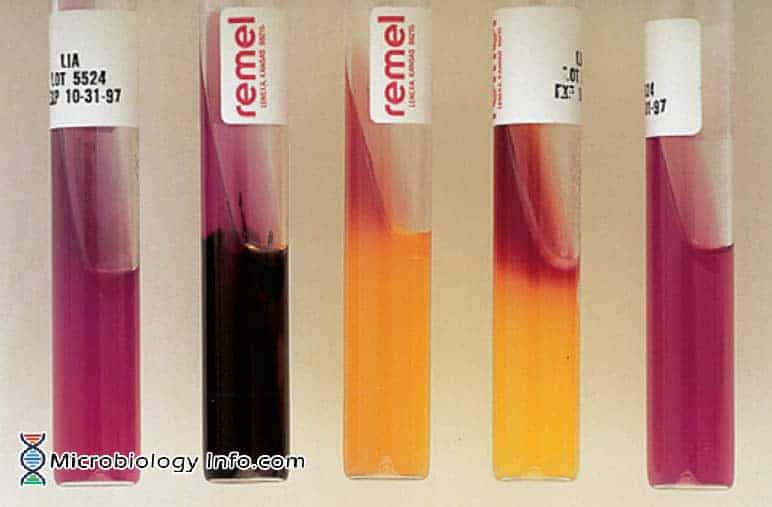 If the decarboxylase is not produced, the butt remains acidic (yellow). If oxidative deamination of lysine occurs, a compound is formed that, in the presence of ferric ammonium citrate and a coenzyme, flavin mononucleotide, forms a burgundy color on the slant. If deamination does not occur, the LIA slant remains purple. Bromocresol purple, the pH indicator, is yellow at or below pH 5.2 and purple at or above pH 6.8.

Lysine iron agar or LIA is a differential media used to distinguish bacteria that are able to decarboxylate lysine and/or produce hydrogen sulfide from those that cannot.

Peptone and yeast extract provide essential nutrients. Dextrose is a source of fermentable carbohydrate. Ferric ammonium citrate and sodium thiosulphate are indicators of H2S formation. Cultures that produce hydrogen sulphide cause blackening of the medium due to ferrous sulphide production.