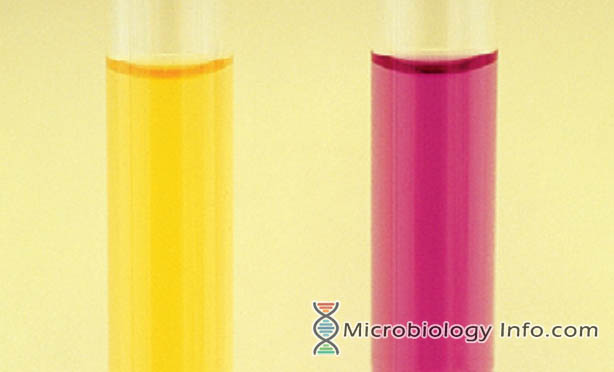 The ability of the bacteria to grow in the presence of variable amount of Sodium Chloride (NaCl) has been used to characterize several bacteria. It takes into account the organism’s ability to tolerate various osmotic concentrations. E. faecalis, E. zymogenes, E. liquifaciens, and E. durans are among the Enterococcus species that are salt tolerant.

To determine the ability of an organism to grow in high concentrations of salt.

Salt acts as a selective agent for bacteria and interferes with membrane permeability and osmotic equilibrium. A high salt concentration thus inhibits a range of bacteria but allows salt-tolerant organisms such as enterococci to grow. To demonstrate the ability of such organisms in the laboratory, broth containing 6.5% NaCl is used as the test medium. The broth includes the fermentable carbohydrate, dextrose, and the color indicator, bromcresol purple. Organisms capable of growing in the high salinity medium, utilize the sugar and release acid as a byproduct of their metabolism. The pH drop results in the indicator, bromcresol purple, to change from purple to yellow.

Media: Brain-heart infusion broth (BHI) may be used with the addition of NaCl and an indicator dye.