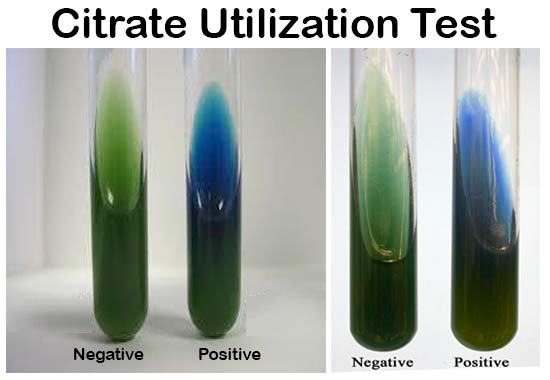 This test is among a suite of IMViC Tests (Indole, Methyl-Red, Vogues-Proskauer, and Citrate) that are used to differentiate among the Gram-Negative bacilli in the family Enterobacteriaceae.

Citrate agar is used to test an organism’s ability to utilize citrate as a source of energy. The medium contains citrate as the sole carbon source and inorganic ammonium salts (NH4H2PO4) as the sole source of nitrogen.

Bacteria that can grow on this medium produce an enzyme, citrate-permease, capable of converting citrate to pyruvate. Pyruvate can then enter the organism’s metabolic cycle for the production of energy. Growth is indicative of utilization of citrate, an intermediate metabolite in the Krebs cycle.

When the bacteria metabolize citrate, the ammonium salts are broken down to ammonia, which increases alkalinity. The shift in pH turns the bromthymol blue indicator in the medium from green to blue above pH 7.6. 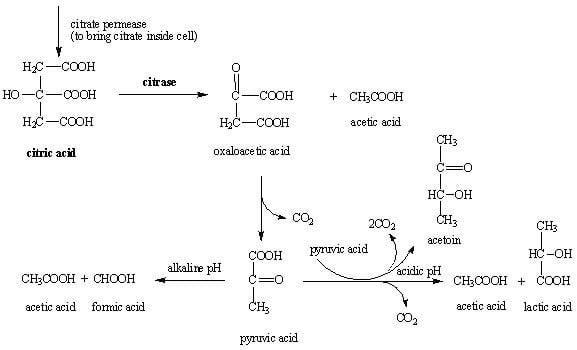