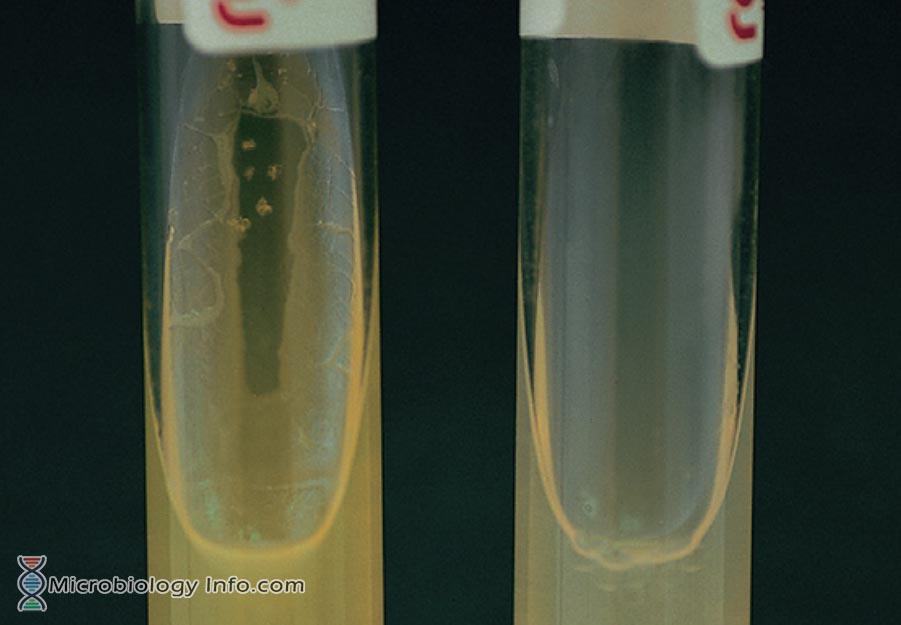 Pseudomonas aeruginosa is member of the Gamma Proteobacteria class of bacteria. It is a Gram-negative, aerobic rod belonging to the bacterial family Pseudomonadaceae. The bacterium is ubiquitous in soil and water, and on surfaces in contact with soil or water.  Its optimum temperature for growth is 37 degrees, but it is uniquely able to grow at temperatures as high as 42 degrees. Growth at 42’C has been considered to be a key differential test for separating non-pigmented P. aeruginosa and the other species of fluorescent pseudomonads.

Thus the test is used to determine the ability of an organism to grow at 42°C. For this the organism is cultured on an agar medium and then incubated at a high temperature of 42°C. Only organisms that are capable of enduring the temperature grow while others do not. Several Pseudomonas species have been isolated in the clinical laboratories that are capable of growth at elevated temperatures. The differentiation of apyocyanogenic Pseudomonas aeruginosa from the other fluorescent pseudomonads is clinically important due to the seriousness of infections caused by P. aeruginosa.