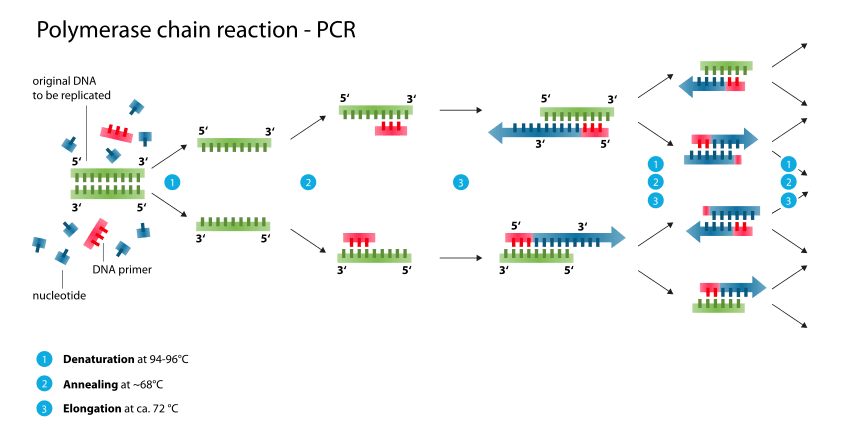 Polymerase Chain Reaction (PCR) is a powerful method for amplifying particular segments of DNA, distinct from cloning and propagation within the host cell. This procedure is carried out entirely biochemically, that is, in vitro. PCR was invented by Kary Mullis in 1983. He shared the Nobel Prize in chemistry with Michael Smith in 1993.

The DNA template is heated to 94° C. This breaks the weak hydrogen bonds that hold DNA strands together in a helix, allowing the strands to separate creating single stranded DNA.

The mixture is cooled to anywhere from 50-70° C. This allows the primers to bind (anneal) to their complementary sequence in the template DNA.

The reaction is then heated to 72° C, the optimal temperature for DNA polymerase to act. DNA polymerase extends the primers, adding nucleotides onto the primer in a sequential manner, using the target DNA as a template.